Upper Hand’s Save Review System (SRS) is the world’s first video analysis and analytic platform built specifically for hockey goaltenders. Used by coaches on every level – from youth to NHL – it’s also used by NHL reporters and analysts to uncover key matchup data.

For the 2019 NHL Playoffs, NHL.com Correspondent Kevin Woodley is using Upper Hand’s Save Review System to uncover key tendencies and patterns for each goaltender and their counterpart:

Goaltending is an integral part of the Stanley Cup Playoffs. To better understand the strengths and weaknesses of the goaltenders, the final 100 goals allowed by each in the regular season and each goal allowed in the playoffs were charted, with the help of Apex Video Analysis and Save Review System from Upper Hand, to see what patterns emerge.

Read more about the NHL Stanley Cup Playoff first round matchups below.

Each matchup analysis includes a series overview, followed by an in-depth breakdown of each NHL goaltender’s style and tendencies, ways to expose the netminder, and a graphic of goal locations and zone goal percentages for the 2018-2019 season.

We have clipped the first breakdown below, so make sure to click into the full articles for the full breakdowns of the first round Stanley Cup Playoffs. For people interested in ice hockey betting with bonus information to help them make more informed bets, these analyses could be invaluable.

Vegas Golden Knights goalie Marc-Andre Fleury and San Jose Sharks counterpart Martin Jones each saw their save percentage drop significantly this season. Style-wise, there are more differences than similarities between the two, but as they get set for a rematch of last year’s Western Conference Second Round series (won by Vegas in six games), it may come down to which team best limits the types of chances that leaves their goaltender most exposed.

After posting a career-best .927 save percentage in his first season with the Golden Knights and backstopping them to the Stanley Cup Final last season, Fleury was back at his career average with a .913 save percentage this season. Although that included 35 wins (tied for fifth in NHL), eight shutouts (second) and a dominant six-game stretch before getting injured on March 15, there were also signs opponents were able to take advantage of the positional aggression that returned to Fleury’s game under Golden Knights goaltending coach Dave Prior.

Jones is a noticeably quieter positional goalie compared to Fleury, staying mostly within the edges of his crease, but even leaving himself shorter distances to travel on lateral plays wasn’t enough in the face of the odd-man rushes San Jose surrendered in front of him. How much that contributed to an NHL career-worst .896 save percentage is beyond the scope of this study since it doesn’t involve tracking all the shots that the 29-year-old faced, but the percentage of goals that came off odd-man rushes and cross-ice passes is a pretty good sign it wasn’t all on the goaltender.

Columbus Blue Jackets No. 1 goaltender Sergei Bobrovsky has won the Vezina Trophy as the NHL’s top goaltender twice (2012-13, 2016-17), and his Tampa Bay Lightning counterpart Andrei Vasilevskiy is a favorite to win his first this season. The two play a similarly active and athletic style, so the ability to generate the types of quality chances required to beat them in the regular season could decide the Eastern Conference First Round.

New York Islanders goalie Robin Lehner and Pittsburgh Penguins No. 1 Matt Murray each had a bounce-back season. Murray rebounded from a career-low .907 save percentage in his second full NHL season to post a .919 save percentage this season. Lehner overcame personal challenges to go from .908 last season with the Buffalo Sabres to .930 in his first season with the Islanders.

The combined height of Nashville Predators goalie Pekka Rinne (6-foot-5) and Dallas Stars goalie Ben Bishop (6-7) is 13 feet, but neither relies heavily on a size advantage to stop the puck.

Connor Hellebuyck became the Winnipeg Jets’ No. 1 goalie last season and helped them reach the Western Conference Final. Jordan Binnington is hoping to go on a similarly deep run Stanley Cup Playoff run with the St. Louis Blues this season after breaking through as a late bloomer who helped save their season in the second half.

Hellebuyck’s style has been broken down extensively over two full NHL seasons and last season’s Stanley Cup Playoffs, Binnington’s strengths and potential weaknesses are relative unknowns, which could help the Blues early in the Western Conference First Round.

Braden Holtby of the Washington Capitals won the Vezina Trophy in 2016 and helped the Capitals win the Stanley Cup last season. Carolina Hurricanes goaltender Petr Mrazek is in the process of re-establishing himself as a No. 1 in the NHL. He hasn’t started a playoff game since April 21, 2016, with the Detroit Red Wings, and went into that season as the second option there.

Much like Holtby, Mrazek has plenty of raw skill, athleticism and an active playing style, and already is on a hot streak to help get the Hurricanes into the playoffs. How long he can maintain it playing a style more dependent on rhythm and timing, especially if the Capitals can target some of the tendencies that come with that active approach, will play a big role in the Eastern Conference First Round.

Veteran Calgary Flames goalie Mike Smith is back in the playoffs for the first time since 2012, and hoping to at least match that year’s run to the Western Conference Final with the Arizona Coyotes. Colorado Avalanche starter Philipp Grubauer will get the Game 1 start for the second straight season, but he’s hoping his time in goal lasts a lot longer this time after losing his net to Braden Holtby three games into the Washington Capitals’ run to the Stanley Cup last season.

On the ice, their styles and strengths are as unique as their experiences, and the differences could play a big role in the Western Conference First Round.

Frederik Andersen of the Toronto Maple Leafs and Tuukka Rask of the Boston Bruins will face each other in the Eastern Conference First Round for the second straight season.

Though Rask and the Bruins won in seven games last season, neither goalie fared particularly well; Rask had an .899 save percentage in the series and Andersen was at .896, numbers that reflected the ability of each team to take advantage of specific style habits of the opposing goalie.

Andersen has focused on being less predictable and harder to pre-scout this season. The ability for each to limit their past exposures could play a role in deciding the winner. 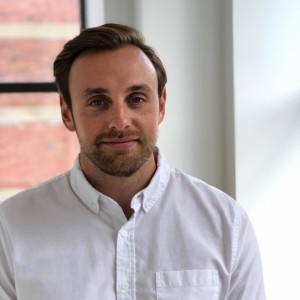 Tim is the Head of Marketing at Upper Hand.
PrevPrevious6 Staff Management Tips for Your Fitness and Sports Facility
Next2019 NBA Playoffs Bracket Based on NBA Logo RankingNext

40 Questions to Ask When Choosing a Gym Management Software

Unexpected Elements to Consider Before Opening a Gym

What is Gym Management Software and Why You Need It

The Top Face Masks for Working Out