“Let’s go out and do something special.”

The day he was traded to the Toronto Raptors, Kawhi Leonard texted this message to point guard Kyle Lowry. Last night, Leonard, Lowry and the rest of the Raptors fulfilled that promise, defeating Stephen Curry, Klay Thompson, and the Golden State Warriors in Game 6 of the 2019 NBA Finals.

In the final game at Oakland’s Oracle Arena, the Toronto Raptors captured the first NBA Championship in franchise history, and capped a memorable championship run by taking down one of the greatest dynasties in league history. The 2019 Toronto Raptors defied all expectations, and became legends in the process.

The 2019 NBA Finals provided numerous thrills and emotional moments. The antics of Raptors superfan Drake and devastating injuries to Kevin Durant and Klay Thompson stand out. Lost in the mayhem were two key factors that fueled Toronto’s success- the team creation, and the willingness to take risks.

Toronto Developed a Team Ready for the Moment

Not one player on the Raptors roster was drafted higher than 15th overall. Since 1985, no team had reached the NBA Finals without a top 14 selection. In amassing late round talent, the Raptors groomed a roster of experienced and disciplined players. Over many years of drafting and acquisitions, the front office meticulously crafted a roster to compete for a championship. When the time came, that attention given to team building granted a title.

These players were written off and discounted, but the Raptors turned each into a revelation. Without the continued contribution from every team member, the Raptors would have likely succumbed to the superstar firepower of the Golden State Warriors.

In Risking it All, the Raptors Won it All

Over the past five years, the Toronto Raptors rose to be one of the constantly elite NBA franchises. They reached the playoffs five years in a row, winning 65% of their games and claiming the division crown in four of those five years. The 65% winning streak made them a fantastic team to bet on when using an Indiana Sports Betting App. NBA betting is rapidly increasing in popularity and the Raptors are growing too. But, they only reached the conference finals once. In the summer of 2018, the Raptors went for broke, doing away with franchise cornerstones. DeMar Derozan, the heart and soul of previous Raptors teams, was part of the Leonard trade with San Antonio. They fired 2018 NBA Coach of the Year Dwane Casey and hired a first year head coach in Nick Nurse. General Manager Masai Ujiri overhauled and revamped his team, staking his franchise on unknown quantities.

Kawhi Leonard had won a Finals MVP and is undeniably a top player in the league, but this trade was a massive risk. Leonard spent the previous two seasons injured. His character and demeanor were questioned and criticized in San Antonio. In addition, Kawhi had one year left on his contract, with everyone assuming he would not resign with Toronto. Essentially, they went all in for one year with a shaky superstar.

In return, Kawhi gave one of the best playoff performances of all time, averaging 31 points, 9 rebounds, 4 assists, and 2 steals a game on his way to winning a second Finals MVP. Leonard may walk away from the Raptors and sign with a new team this summer. Toronto’s fans would surely miss him, but will be forever thankful to him for actualizing Ujiri’s blueprint.

This franchise wanted a NBA Championship, and Leonard, Nurse, Ujiri, and co. took a risky plan and transformed it into a championship trophy.

The future of the NBA is more uncertain than ever. Golden State is possibly facing the end of their magical run. Kevin Durant is rumored to leave in free agency, and will likely miss the entire year after tearing his Achilles in Game 5. Klay Thompson tore his ACL in Game 6. Elsewhere, Leonard, Kyrie Irving, Anthony Davis, Kemba Walker, and Jimmy Butler could all be on different teams come next season.

The makeup of the league will shift dramatically in the coming months, and no one knows what to expect (the Lakers are the second favorites to win the NBA title; they didn’t reach the playoffs this year.)

But we should not shift our attention so quickly. We just witnessed perhaps the most entertaining and shocking playoffs in decades. Just for a little while, we should admire and appreciate the 2019 Raptors before we look ahead to 2020. As Leonard said, they really did just do something special. 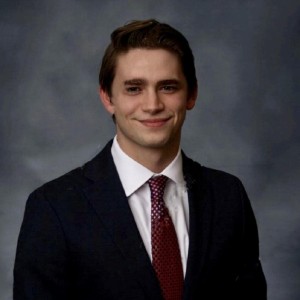